One-Year Collaboration with BP and Co-venturers and Graduation Ceremony

On August 9, 2017, an event dedicated to one-year partnership of Build Your Future Project and BP and co-venturers was held at the Nobel Brothers’ Home Museum. Participants of the event included representatives of BP and co-venturers, Build Your Future Project team and volunteers, main academic partner of the project Kainat Education Center as well as project beneficiaries and their parents.

Project beneficiaries participated in a tour of the museum before the start of the event.

Mr. Bakhtiyar Asalanbayli, Vice President for Communications, External Affairs, Strategy & Region at BP Azerbaijan-Georgia-Turkey, spoke about the social investment projects of BP and stressed the importance and impact of educational projects. He congratulated the project beneficiaries and their families with admission to higher education institutions and wished them success in their studies.

The event continued with speeches by five project participants who obtained high scores on the admission examination. Ziya Mammadov (who scored 659 out of 700 points) spoke about his participation in the project and the most memorable project event. Ruqiyya Badirova and Hajihasan Hajizada who have the highest scores (668 points) spoke about what they learned thanks to the project and their future plans. Ziyad Ahmadzade (665 points) shared the story of his selection to the project. Participants’ speeches ended with that of Valentina Javadova (553 points) who told the event participants about the skills and knowledge the project equipped her with.

Following participants’ short speeches, all project beneficiaries were awarded with presents from BP and co-venturers. Eight participants who gained a score of more than 600 points received laptop notebooks.

The event ended with a reception.

Build Your Future Project is functioning since 2014. It is supported by the Ministry of Education and Baku City Education Department and is carried out within the CSR policies of several local and international companies. 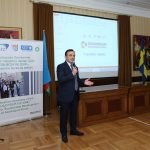 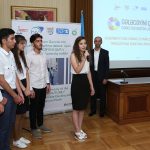 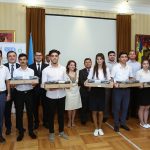 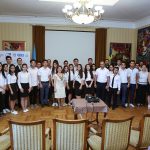 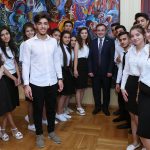 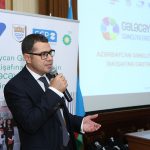 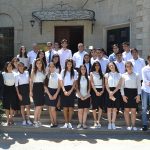 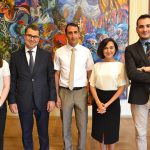